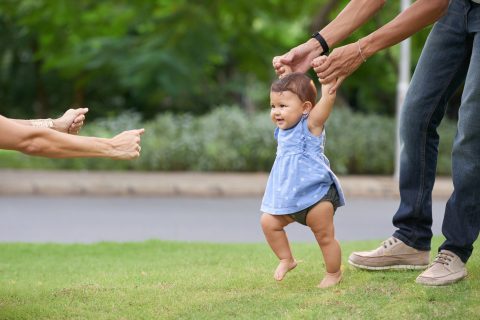 Everything children do, from smiling for the first time to saying their first word, is a thrilling moment for parents. We highlight the very special steps your child will take from 12 months to 5 years and talk to mums about their personal experiences

‘As a first time mum, I was surprised when Joe suddenly became clingy – up until about 10 months he was happy to be left with others. I became worried that perhaps something had happened with a babysitter, or that he was sick. I spoke with my GP and found out that this is totally normal!’

Being 12 months old is not just about being clingy, although sometimes it can seem that way to harassed parents! Children will also be enjoying imitating you and others in play. If you make a face or noise, they are likely to imitate and they begin to pay attention when you talk, respond to simple verbal requests, say around three words, and make exclamations such as ‘oh oh!’

This is also an exciting time for movement. By now, they can sit up without assistance, crawl, pull themselves up to stand, and may even walk with the support of furniture.

They are likely to enjoy interacting with objects in different ways – shaking, throwing, dropping, or banging toys. At this age, all the world is fascinating to them and they are trying to make sense of it. They will have a few things figured out though – how to feed themselves with a spoon, pretend to talk on the phone, or drink from a cup – all of which require fine motor skills.

He’s a sleuth when it comes to finding hidden objects and will be able to show where he found them by pointing.

‘Archie wasn’t saying more than three words at 18 months and had trouble making eye contact. After some assessments, we found out he had autism, which meant he would meet some of his milestones at a slower rate than other children. Knowing this allowed us to help him to move forward at his own pace.’

By this stage, your child has developed a sense of self and recognises that he is separate from others. He’s a sleuth when it comes to finding hidden objects and will be able to show where he found them by pointing.

Socially, children tend to engage in side-by-side (or parallel) play, but don't really want to interact with peers and are getting most of their social growth through parental interaction.

By now, it’s likely that your child understands 10 times more than he can put into words. He may use babble to try to communicate with you, although you can probably only understand a few words..

Many 18-month-olds can walk by themselves, although they may occasionally still crawl. They can hold their own eating and drinking utensils, press buttons, and move handles. They can easily grab things as well as let them go.

‘With my first child, so many people warned me to look out for the terrible twos, but I never felt it was that terrible. Did my daughter cry more? Yes. Did she test my boundaries? Every day! But nothing about that felt terrible. Instead, I realised that the world was changing for her and she was becoming more in-tune with her emotional and physical self.’

By two, your child has begun to realise that he can get what he wants through resistance and tantrums, so don’t be surprised to see an increase in defiant behaviour. On the positive side, children of this age love to be with other children. It’s also easier to communicate with your child at this age as he can use short sentences, usually limited to around four words. Most two-year-olds can identify many objects, follow simple instructions, and repeat words and phrases.

When they’re not talking, they’re playing. They’re interested in sorting shapes and colours, as well as playing simple games of make-believe – today they are a puppy, and tomorrow they might be a mermaid. Physically, they will now be able to stand on tiptoe, kick a ball, and run.

‘Charlie was an extremely clingy toddler, but all of this changed – no longer did he scream when I left him with the babysitter. While I was relieved, I was also slightly saddened that my little boy was growing up.’

By now, your child is probably comfortable chatting away in simple, short sentences. His vocabulary is getting wider, and he can say 250 –500 words. As their cognitive skills increase, children like telling stories and asking questions. It is partly thanks to their incessant questions that they can correctly name familiar colours and understand the idea of ‘same’ and ‘different’. They may also be able to count objects and understand the basic concept of time, such as morning, afternoon, and night.

‘Everything is so exciting for children at this age, and they seem to live in a magical world where anything is possible. Sometimes this was stressful – like the time my daughter thought she could do a front flip off the couch, and broke her arm instead. But most of the time, it was lovely.’

Your four-year-old would rather play with other children than on his own. They cooperate well with others and enjoy trying new things. They can't discern between fact and fiction, however, and are easily tricked into believing whatever they are told.

They have started to enjoy talking about themselves and their interests, and their language skills allow them to speak clearly using basic grammatical structures to sing songs and tell stories. They know their full name, and probably yours as well.

Cognitively, they’re building a database of colours, animals, letters, numbers and people. They may also be able to understand intermediate concepts of time, such as ‘yesterday’ and ‘tomorrow,’ and will show interest in what's going to happen next.

‘I knew something had changed in Rachel when we were trying to pick a gift for her friend’s birthday party. I expected her, as usual, to choose an item she would like. Instead, she picked up a doll and said, “I don’t think Kate would like this so much. Kate likes art. Do you think she would like some paints?”’

When your child is five, the world becomes about ‘fitting in’ – they don’t want to upset you, their siblings, or their friends. They are very sociable and have started to express themselves in creative ways, such as drawing, dancing and singing. They are also likely to be entering a stage of sensitivity where they show greater concern for others.

When it comes to communicating, they make themselves clear. They can use past and future verb tenses, tell you their name and address and tell stories about their day. They are not afraid to tell you which foods, colours, and toys they like or dislike, and can also ask for what they want and need.

They are developing their maths brain – they can generally count to 10 or more, draw a person with at least six body parts, write numbers, draw triangles and geometric shapes and perform basic money exchanges. This is a time when you are likely to find them playing shop or teacher.

... it’s the achievement of the milestone – not the age of the child – that is most important.

Many parents worry about their children not meeting milestones and falling behind. It’s worth remembering that it’s the achievement of the milestone – not the age of the child – that is most important. Enjoy the magic of each of these milestones – at whatever age your child meets them.

You can give children a boost, but milestones tend to happen at their own pace, so enjoy them when they arrive, even if it is a little later than the child next door!

Physical – swimming is a great way to engage toddlers and helps with both physical and cognitive development.

Cognitive – daily reading and repetition of words and names, and playing with your child.

Play – from baby xylophones to shape sorters, toys will challenge and enhance skills in different ways.

What health professionals look for

At each milestone, health professionals will be assessing whether your child is within a healthy weight and height. They will also look at the following developmental signs: 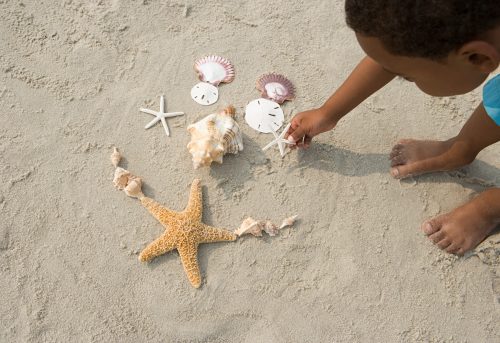 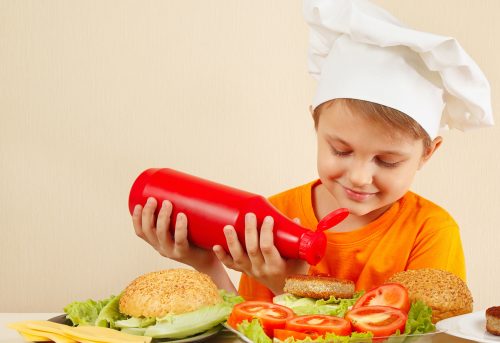 If you think that dollop of mayo makes no difference to your child’s healthy diet, think a 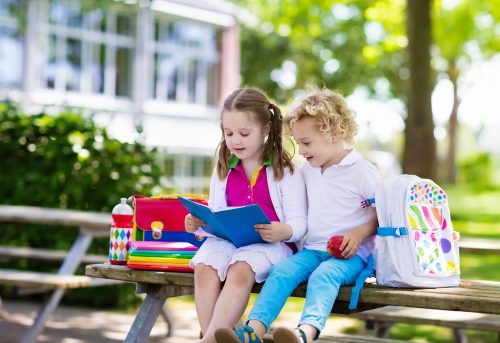 Get ready for school