Confused by those colourful rows of over-the-counter medicines that promise to clear your child’s winter coughs and colds as if by magic? Then read on. Our practical guide directs you to the products that really work – and those that don’t.

You'll probably know this best as Calpol, but you can buy own-brand paracetamol equivalents which do the same job and are usually cheaper. It's available in bottles, or sachets which are great for long journeys.

It's an efficient painkiller for sore throats, headaches, and aching muscles, and also helps to bring down your child's temperature. Nothing will cure a virus – it will run its course no matter what. But paracetamol will help to make children more comfortable and that will mean they are more likely to sleep – although contrary to what you might think, paracetamol doesn't make them drowsy.

Take care Any child from three months old should be able to take it as a liquid syrup or as a suppository (tablets can be given from the age of six). But don't give your child any other products containing paracetemol and always read the label carefully. An overdose is extremely dangerous and can be life-threatening.

The most familiar brand name is Nurofen but again, own-brand equivalents are available from high street chemists and you can get them in bottles or sachets as a liquid syrup for children aged from three months.

Like paracetemol, ibuprofen is a painkiller and brings down a temperature. It's particularly good at targeting muscular aches and pains, common in colds and flu. Don't give your child paracetamol and ibuprofen at the same time, unless advised to by a healthcare professional. If you give them one of these medicines and they're still distressed before the next dose is due, you could try the other medicine instead. But don’t keep switching between them. Call your GP or NHS 111 if you've tried both medicines and they haven't helped.

Take care If you have asthma in the family, be very careful when giving ibuprofen as it can irritate some asthmatics.

Like vapour rubs, inhalations work by using oils such as menthol, eucalyptus or pine to clear your child's nose, making it easier to breathe.

Most adults find it difficult to get to sleep with a blocked nose, so we can only imagine how miserable it is for little ones. These rubs are great for wriggly youngsters as you just rub them on the chest and back before bed, preferably after a nice, warm, steamy bath. They contain soothing ingredients which help to ease congestion – children will inhale the oils as they sleep.

You'll probably remember Vick Vapor Rub from your own childhood. This may be helpful for older kids, but it’s not recommended for under-twos. Vick also produce BabyRub which is non-medicated (it contains eucalyptus, rosemary, and lavender) and can be used for babies from three months. There are other alternatives, using purely natural ingredients, out there too. Do check labels carefully before buying to make sure the product is age-appropriate for your child, or ask a pharmacist.

Take care These rubs can be irritating to the eyes, so keep your child's fingers away from the pot while you're applying them and remember to wash your hands once you've finished.

A tried-and-tested remedy, these can be as simple as a few drops of oil on muslin. Like vapour rubs, inhalations work by using oils such as menthol, eucalyptus or pine to clear your child's nose, making it easier to breathe. You can put a few drops on a cloth near your child's bed. There's a natural formula children’s Olbas Oil range suitable for babies from three months: a mixture of pure plant oils which releases vapours to help nasal congestion.

You could also try a plug-in vapouriser. Boots sell a Calpol Vapour Plug & Nightlight which contains a blend of aromatic oils including lavender, chamomile, menthol, camphor and eucalyptus. It’s suitable for children from three months, and you simply plug it in for up to eight hours’ relief.

Take care If you're putting oil on a cloth, make sure it's well out of your child's reach, as the oils can be irritating to skin and eyes. As with all medicines, keep them well out of harm's way as they're harmful if swallowed.

These are just saline - salt water - and are ideal for very small children who can't blow their noses. They help to unblock a child's nose by thinning the mucus and making it more runny. Putting a few drops in each nostril before babies feed will help them to suck. Snufflebabe Nasal Drops are made from saline solution, which is natural, gentle and sterile. You can use it as much as you need, without irritating your baby’s sensitive nose.

Take care Don't confuse these drops and sprays with decongestant sprays that contain actual drugs and may not be suitable for young children.

Bear in mind that these don't work for every cough: if your child has a real hacking cough, you're better off using a vapour rub to help break up the congestion. Cough medicines are generally most useful for tickly coughs. Typically made from natural ingredients like honey and lemon, they will help to ease the cough and make your child more comfortable. Benylin produce a range: Benylin Infants Cough Syrup is suitable from three months and there’s a Benylin Children’s Dry Cough and Sort Throat formulation suitable for babies and children from 12 months.

Honey is soothing for sore throats, as it helps to coat them. Your child's also more likely to accept a spoonful of honey than a spoonful of cough medicine.

These are only effective for infections, not for a virus. Antibiotics have no effect on cold viruses.

Virus-killing tissues Don't pay through the nose for these. They are not effective in killing a virus. Just use big, cheap tissues and teach your children to throw them away as soon as they have been used.

Findings have been inconsistent, but overall there's no firm evidence that vitamin C prevents or shortens colds. Making sure your child is eating a healthy, balanced diet with plenty of fruit and vegetables is more likely to be effective.

Sore throat lozenges NHS advice is that they make little difference to symptoms. Most kids will either crunch them up or spit them out. A dose of paracetamol is more effective.

Steam is one of the oldest and best remedies for congestion. A steamy bathroom is the perfect place for small children who are stuffed up, and easier and safer than putting a towel over their heads with a hot bowl.

Propping your child up is a very simple way of easing a blocked nose. For children still in a cot and too young for a pillow, you can buy special cot blocks to raise the head of the cot. Older kids can have an extra pillow.

Vaseline or unperfumed lip salves are great for stopping your child getting a sore nose from frequent blowing and wiping – apply frequently around the nostrils and on the top lip. It helps to put moisture back into the skin and stops it from drying out.

Honey is soothing for sore throats, as it helps to coat them. Your child's also more likely to accept a spoonful of honey than a spoonful of cough medicine. However, don't give honey to children under one year, as in very rare cases it can lead to a serious illness called infant botulism. 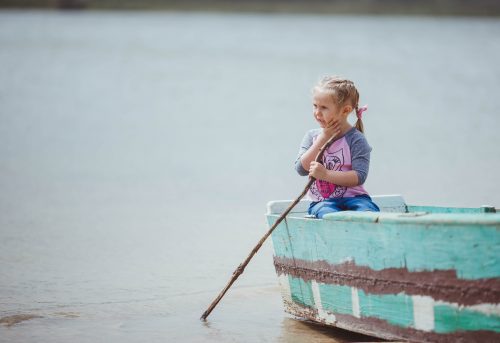 This is the time of year, when families are out and about, that parents tend to worry most… 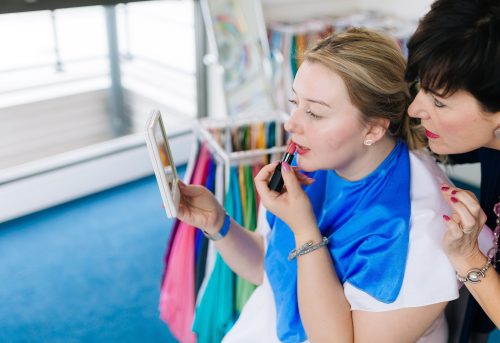 We spend 365 days a year nurturing our kids and it’s so easy to forget YOU! Make sure to s… 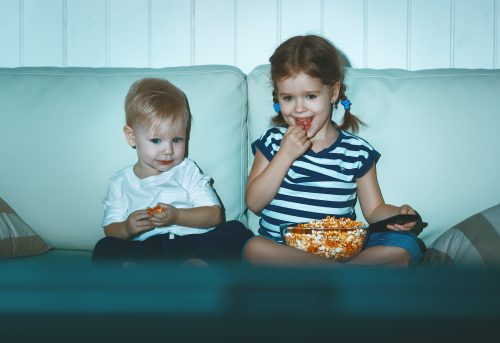 During lockdown, your usual screen time rules may have gone out the window. And quite righ…