From felt tip pens on the walls to slime on the sofa – life with the kids at home in lockdown hasn’t been a bed of roses for British families. Now a new survey* has revealed some eye-openers about the sort of mess and chaos parents have had to cope with, while holding down a job-from-home at the same time. 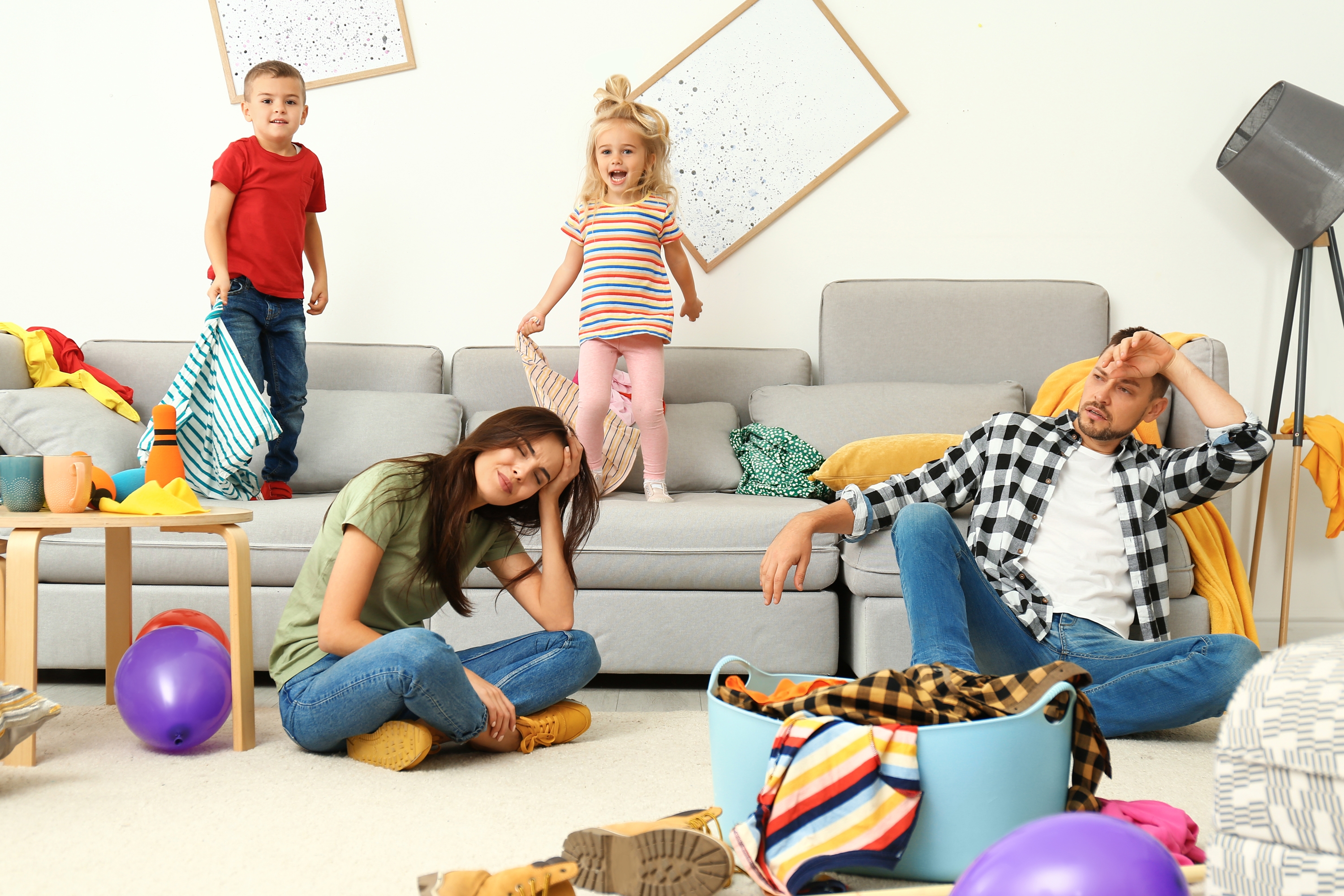 Nearly half the parents surveyed (44 per cent) said they’d turned their backs for a few seconds only to find their child had tipped an entire plate of food over themselves, and a third had to remove felt tip drawings on the sofa. Glitter has been spilt across a quarter of the nation’s carpets, while 23 per cent have had slime rubbed into upholstery.

But it seems that many parents are taking things in their stride, worrying less about the mess and thinking more of the lasting memories that are being made. Nearly every parent surveyed (98 per cent) said that allowing kids to enjoy messy play is a good thing, with over half saying it helps creativity and imagination. Four in 10 commented that they’d rather their kids were messy than on screens all day.

Psychologist Emma Kenny, who was involved in the survey, says: ‘Many studies have shown that happy children thrive on creative expression. Young children do this through messy play as it is both fun, and a fantastic way to change the environment around you. Whilst parents can find cleaning up after children frustrating, and a little exhausting, they also understand how important a sense of freedom is for their little ones.’